Welcome| About me| Projects| Links

Penguins have feathers
not fur.

at SANCCOB in Cape Town 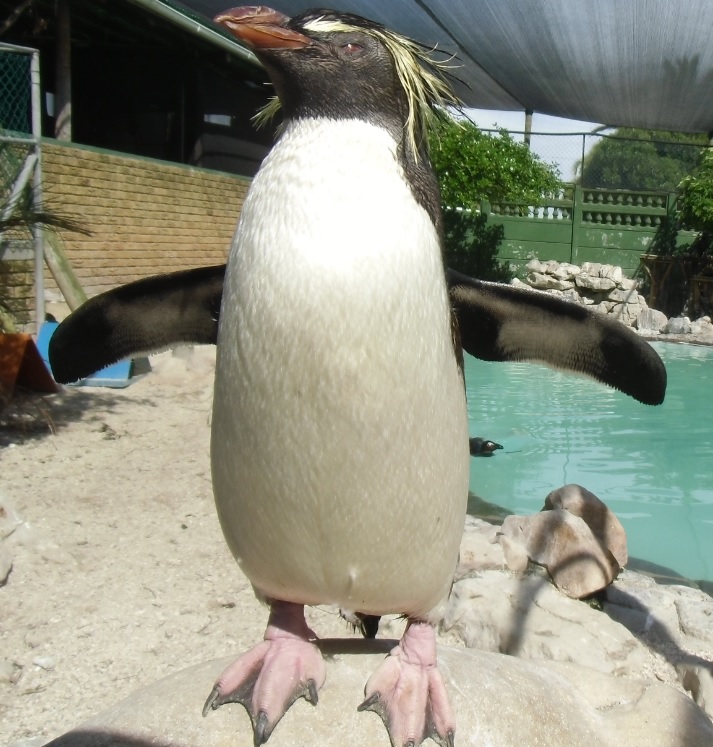 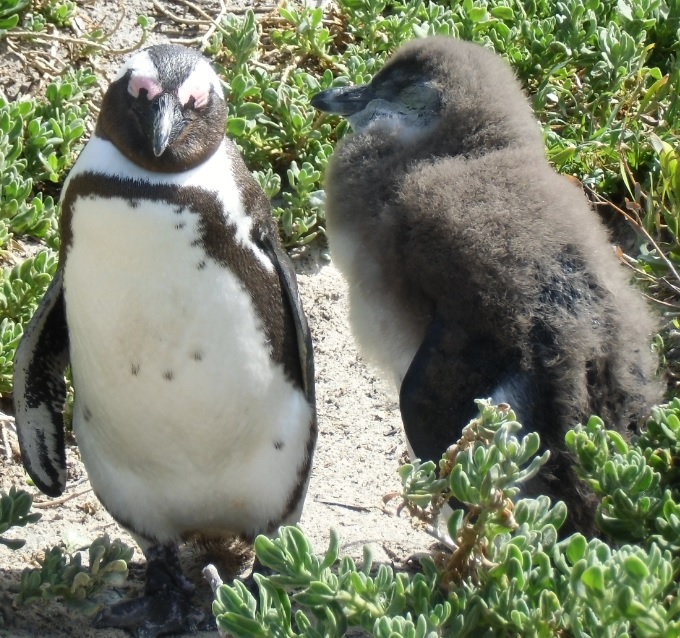 Anomaly: Penguins have got wings, but they cannot fly! Their wings are transformed to flippers, so they can swim and move in water fastly.

Distribution: Penguins are living at the southern hemisphere exclusively. They are distributed from Antarctica to Galapagos Islands.

Special abilities: Penguins can swim as swift as an arrow and they are faster than humans. It seems like they are "flying" through the ocean because of the movements of their flippers. Besides, the maximum diving depth they can reach is about 500 m (Emperor Penguin)!
In addition, many adaptions permit penguins to live at extreme habitats. In Antarctica they defy the coldest temperatures on earth and rear their chicks there. The other way around they have to come to terms with hot and arid environmental conditions, especially at equatorial regions like Galapagos Islands or Atacama desert.

Popularity: You can see penguins in many films, TV shows and books. That is why they are very popular birds. In many zoos or aquariums penguins are the main event. Anyone knows that penguins are existing and most people associate the word "penguin" with fun and amusement. Their waddling seems to be very clumsy and they often tumble due to their too short legs and feet.

Obviously, this is the most asked question related to penguins. Everybody recognise that they have got wings, so why they do not start flying?!
Unfortunately, the penguin's flippers are too short and the penguin's body is too heavy overall. Penguins have no pneumatic bones like other birds that are able to fly, these bones would reduce their total weight extensively. Moreover, penguins would need a high take-off speed, but they never can reach it because of their too short legs.


How you can differentiate between males and females?

The physical appearance of males and females is very similar, so you cannot differentiate them visually. Even if you view at their genitals, you will often come to the wrong decision. If you want to have a significant result, you will have to do a DNA test.
But during the copulation you can recognise both sexes: The male always lays on top of the female.


How they do communicate with each other?

Penguins have no words to talk to each other. They only can make beeping and trumpet-like noises. Every penguin has an individual voice, so that they can recognise their partner or chick. During displays the posture and the length of a call is important, these are relevant criteria for partner selection.


Are penguins mammals, fish or birds?

Penguins are birds. They cannot fly but they have some characteristics which are similar to birds, for example feathers, a beak and wing-like limbs.


Do penguins have fur or feathers?

Penguins have feathers although it looks like fur. The feathers grow very densely and overlap each other. That is why it is looking like hairs.


Do penguins have a penis?

No, male penguins have a cloaca like the females. So there is no difference between the sexes in physical appearance. The gonads like testis of the male and ovary of the female are inside the body.


Legal notice ⇑ back to top