Welcome| About me| Projects| Links

Where do penguins live?

at SANCCOB in Cape Town

I travelled to Cape Town from the middle of August to the end of September 2014 to volunteer for SANCCOB (Southern African Foundation for the Conservation of Costal Birds). This organisation rehabilitates threatened seabirds that are ill or injured. Especially African Penguins need their help. It is the only species that is breeding on the African continent. Unfortunately, their population has declined dramatically in the last century: 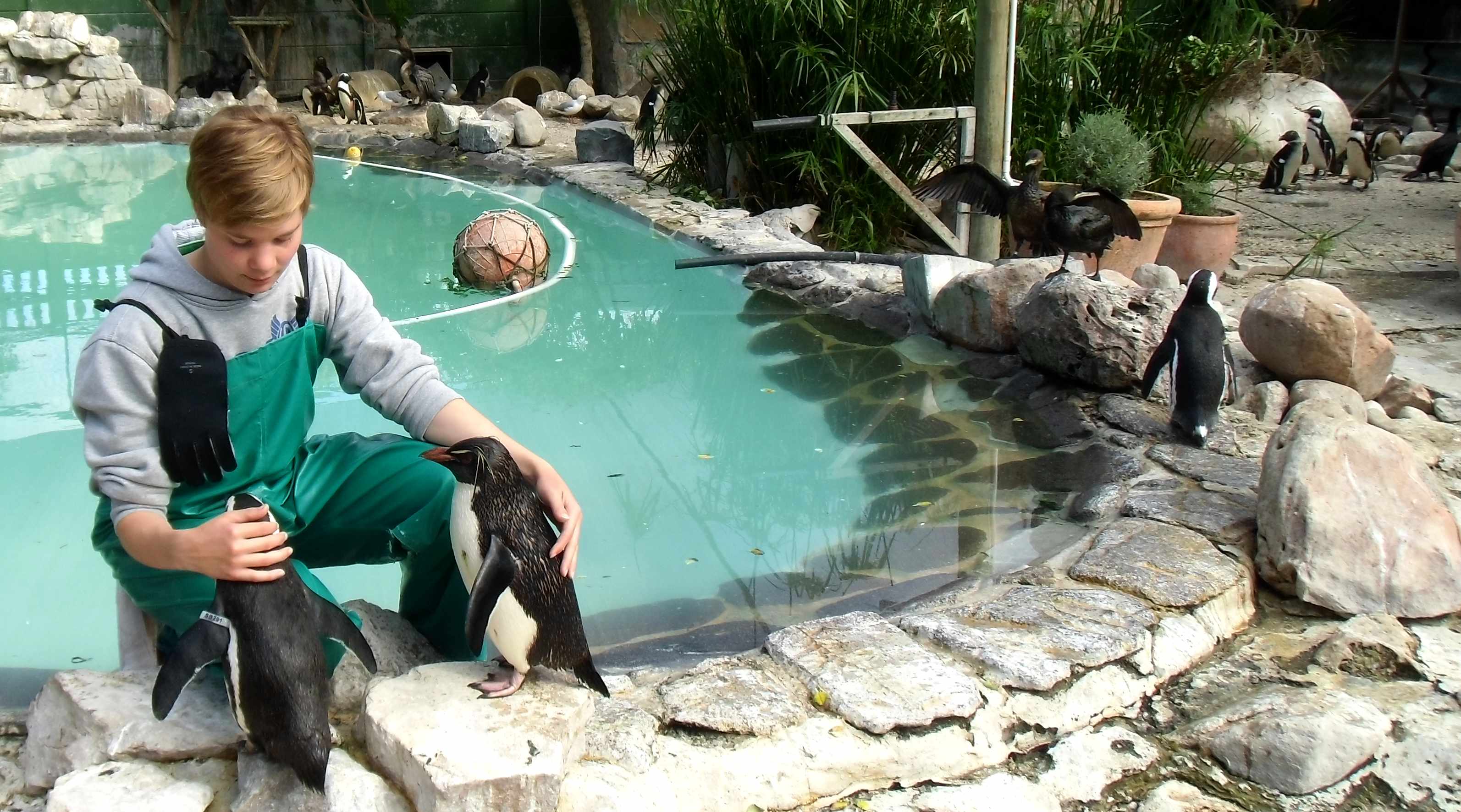 That's why African Penguins are declared as "endangered" by the IUCN. The main reasons for the declines are climate changes, marine pollution (especially with oil) and disturbance by humans (habitat degradation, pets).
Luckily, there are organisations which are aware of those problems and take actions for the rescue of African Penguins and other seabirds. One of these organisations is SANCCOB which established rehabilitation centers in Cape Town and Cape St. Francis in the Eastern Cape. They declare on their website that they âtreated more than 90 000 oiled, ill, injured or abandoned African penguins and other threatened seabirds since being established in 1968. Independent research confirms that the wild African population is 19% higher directly due to SANCCOBâs efforts.â (www.sanccob.co.za). Not only rehabilitation and chick rearing but also PR events are conducive to the conservation of seabirds. So SANCCOB offers birthday parties for kids, speeches, tours and training for handling with seabirds.
There is also an international volunteer programme for a minimum of 6 weeks. This was a great possibility for me because I am a big penguin fan! My motivation for this programme was: Penguins have made me happy for my whole life, now I want to make them happy!

Tasks at SANCCOB: This site imforms you about the tasks you have to do as a volunteer

Legal notice ⇑ back to top